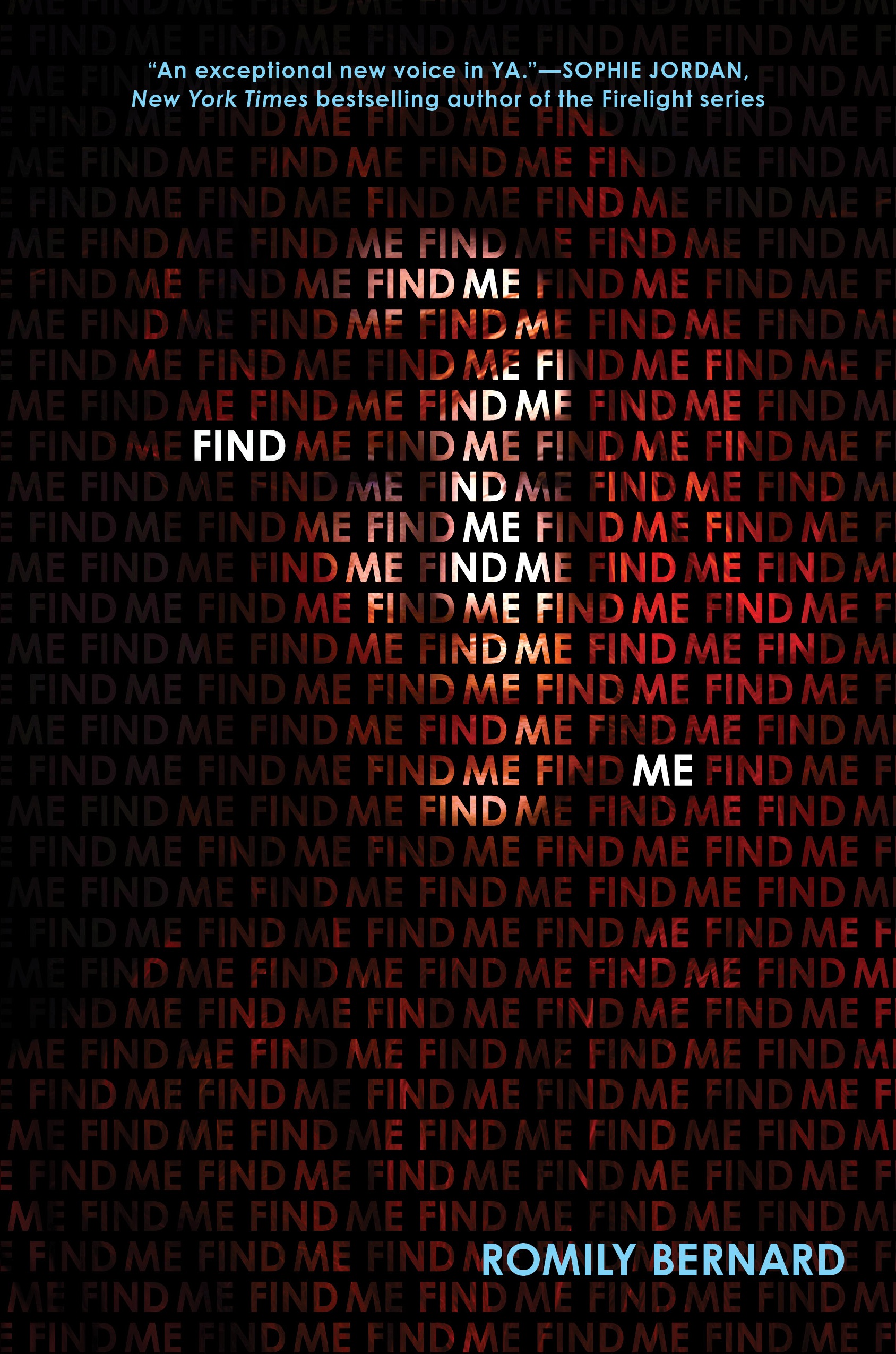 When teen hacker and foster child Wick Tate finds a dead classmate's diary on her front step, with a note reading "Find me," she sets off on a perverse game of hide-and-seek to catch the killer. But things get even more personal as Wick's deadbeat dad returns and the killer points to Wick's sister Lily as the next target.

“Find Me.”
These are the words written on Tessa Waye’s diary. The diary that ends up with Wick Tate. But Tessa’s just been found . . . dead.
Now Wick has to solve a mystery. She has the right computer-hacking skills for the job, but little interest in this game of hide-and-seek. Until her sister, Lily, becomes the next target.
Then Griff, trailer-park boy-next-door and fellow hacker, shows up, intent on helping Wick. But is a happy ending possible? Or will the threat of Wick’s deadbeat dad returning—the detective hunting him sniffing around Wick instead—and a killer taunting her at every step destroy any chance of finding out just what happened to Tessa?

Editorial Reviews for FIND ME

Publishers Weekly | 09/16/2013
Here are some things Wick Tate knows: how to hack into almost any system; that, between her mother’s suicide and her abusive drug-dealing father, she’s responsible for keeping her sister, Lily, safe; and that no matter how loving their new foster parents seem, she can’t trust them or anyone else. Wick isn’t even sure she can trust herself—what if she’s too much like her father? Although Wick and Lily now have nice clothes and a stable living environment, the cop looking for their father keeps coming around, and their father’s partner can still force Wick to work for him. Then there are the memories churned up when a childhood friend kills herself, and her diary ends up in Wick’s hands. While Wick’s fears and suspicions initially seem overwrought, they grow to become entirely reasonable as she’s forced to make some very adult decisions. Throw in Wick’s burgeoning romance with classmate Griff and a genuinely suspenseful ending, and Bernard’s debut is effective as both high-intensity action novel and character study, and ripe for a sequel. Ages 13–up. Agent: Sarah Davies, Greenhouse Literary. (Oct.)

Fast-paced and full of twists, FIND ME will leave you breathless. Bernard is an exceptional new voice in YA. – Sophie Jordan

FIND ME is a thriller that keeps picking up speed. I needed to follow this tough heroine through grim revelations to find out if everything would be okay! – Jay Asher

Kirkus Reviews
Wicket Tate kicks into high gear with her hacking skills when her little sister is threatened following another girl’s suicide. Wick and Lily’s father is an abuser and a criminal, and it’s been up to Wick to protect the naïve Lily ever since their mother jumped to her death; well-to-do foster parents Bren and Todd have given the girls a second chance, but Wick is still in survival mode. Classmate Tessa’s death becomes personal when Wick finds a copy of Tessa’s diary on her front porch in the middle of the night. Carson, the cop who’s still looking for her dad, and Griff, an attractive fellow student, are pulled into the plot, along with Tessa’s parents and sister. It’s clear from the diary that Tessa was in an abusive relationship with an older man, but how to identify him and why there are threats against Lily remain murky. Wick’s hacking activities are integral to the plot but are not as fully fleshed out as they should be, resulting in some telling rather than showing, distancing readers. Romance blossoms between Griff and Wick despite her resistance, adding a vulnerability to Wick’s tough-cookie persona. The pace is so swift that there’s no time for readers to examine minor inconsistencies or to wonder why such a smart hacker would sometimes give up so easily. A thriller chiller with some hot moments. (Suspense. 12-16)

Fast-paced and full of twists, FIND ME will leave you breathless. Bernard is an exceptional new voice in YA. – Sophie Jordan, author of the New York Times bestselling series, FIRELIGHT

FIND ME is a thriller that keeps picking up speed. I needed to follow this tough heroine through grim revelations to find out if everything would be okay! – Jay Asher

Other Books in "Find Me Series" 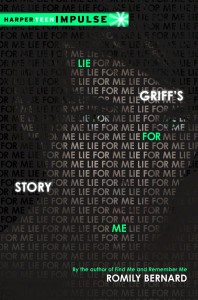 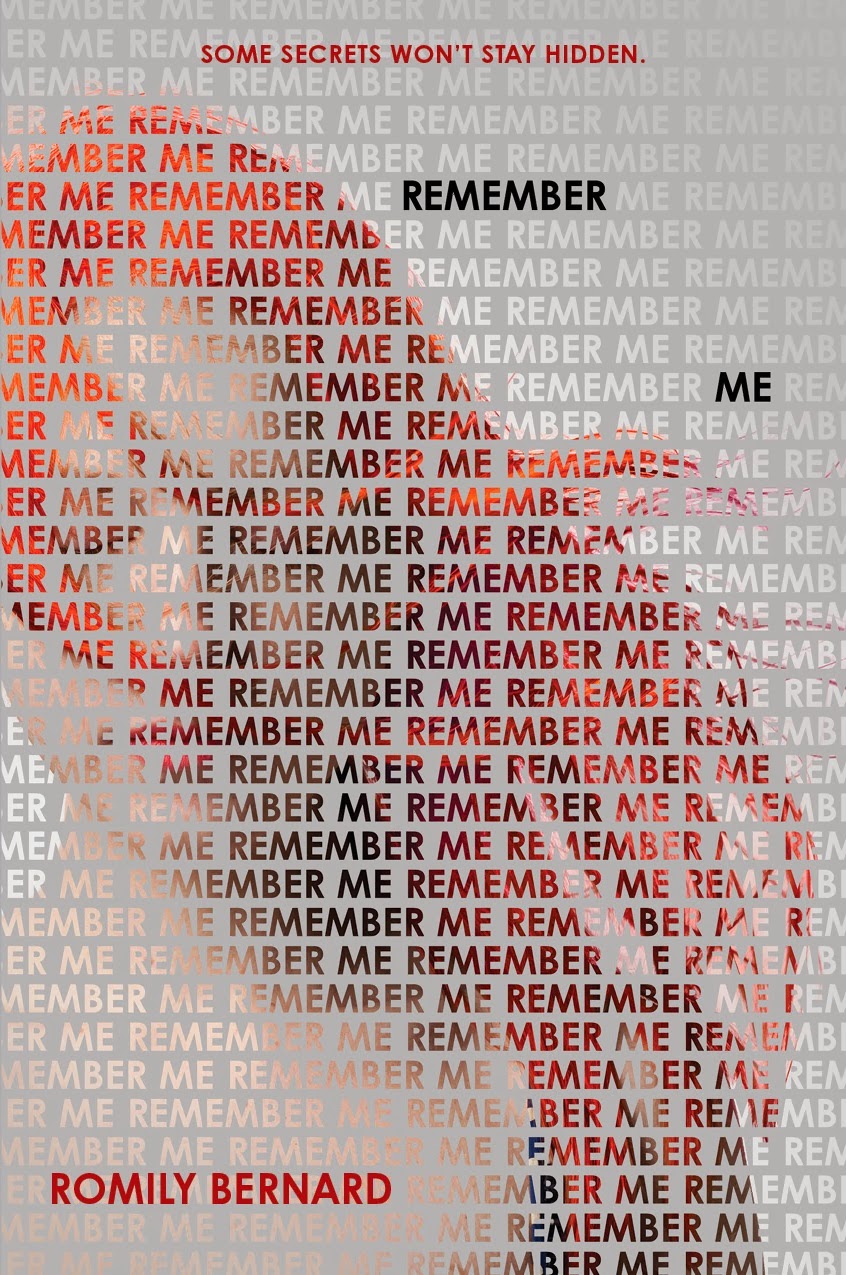 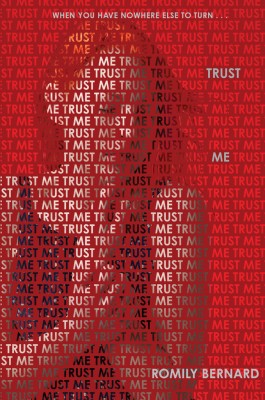