The One About Behaving Badly 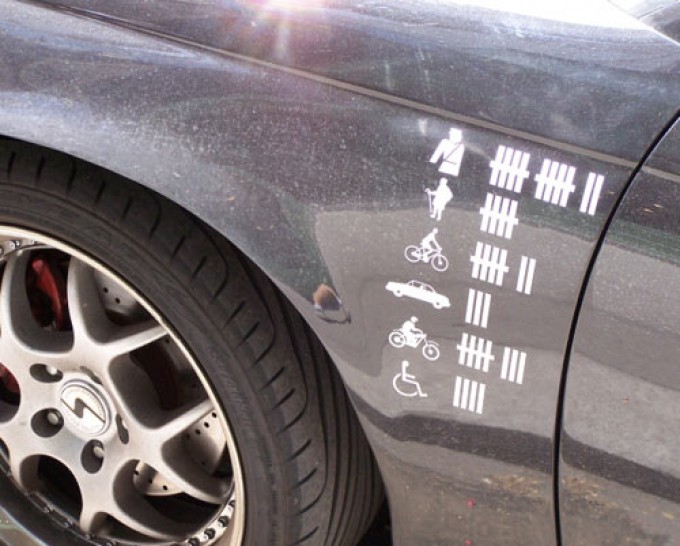 I’d like to go on record to say I’m surprised how many people were surprised I would use sushi for fun and biological warfare. Now I can understand my coworkers’ newfound anxiety last month, but it was the other emails where I was counseled about properly verbalizing to my boss how I didn’t appreciate his sweaty, meaty hands all over me that gave me pause.

Properly verbalize? Are you kidding me?

Verbalizing is not a problem I have. In fact, it’s probably a genetic flaw. I understand that I am just over five feet, but I feel as big as anyone and I run my mouth accordingly. I’ve only backed down once. I was hit by a car in Spain and, as I slid across the hood, I loudly mentioned the dude’s mother and another rude verb…or two. He came out of that sedan like someone launched him from a cannon and, to my utter surprise, he had to be pushing 6’6”.

Part of my brain thought: “Gee, you really can fit a lot in a Fiat.”

The rest of me thought: “I don’t know the Spanish words I’m going to need to describe this to the paramedic.”

So I ran and Big Foot ran after me. I’d like to say I lost him via my plucky route through a native bazaar, pitching over fruit carts behind me, but there was no bazaar…no fruit carts either. Mostly, it was just a lot of swearing and sweating and, odds are, he got bored of chasing me way before I got bored of running.

We could go back even further. My dad tells a story usually titled “Romily’s Smart Mouth,” but it’s also known as “How We Knew She Was Going To Be A Pain In The Ass.” Apparently, I was six and my mother asked me when my birthday was.

“Shouldn’t you know?” I countered. “You were there.”

Three days later, I woke up on the floor asking, “What the hell just happened?”

“Your mother happened,” my dad said. “Now pick yourself up and watch your mouth.”