The One About the New Dog 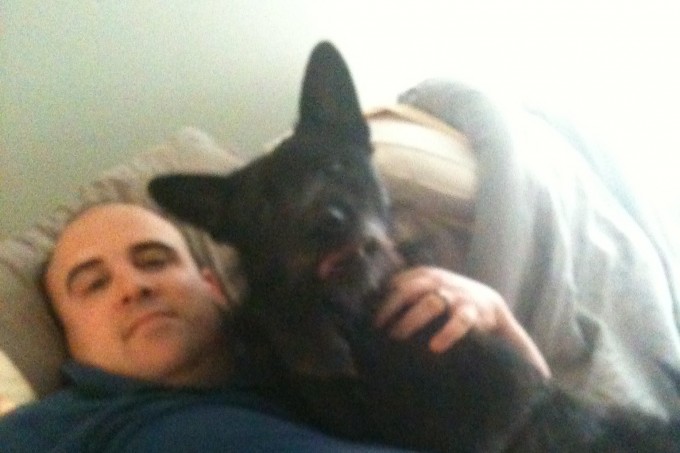 Poor Boy Genius. I dragged home another dog. For those of you who are unfamiliar with my pet situation, BG has barely survived it. There’s Turbo who disdains him, Tempi who regards him with naked suspicion, and, until recently, there was Jessica who treated him like a minion.

Although, to be honest, my grouchy mare treated everyone like minions. We considered it part of her charm.

Anyway, accusations were made when I showed up with Tag and, in BG’s defense, he’s right. I did agree we didn’t need any more animals. But, in my defense, he should have known I was lying when I said it.

It’s not like I intended to bring home another dog. It just kind of…happened. My mom was looking for a rescue to keep her two golden retrievers company and The Humane Society had recently picked up a litter of puppies and their mama from the county dump.

Pitiful, right? Yeah, hold that thought, I’m coming back to it in a minute.

The puppies were kind of feral, the volunteers explained, and all of them were pretty bald from a bad case of Mange, but my mom and I thought we’d take a look anyway. We cruised over to our local Petco and found the adoption site set up in the back.

Tag’s mama was running frantically back and forth as people handled her puppies so I sat down on a bench to wait. I was there for maybe five minutes before a skinny black-haired thing shot out of the crate in front of me and sat down in my lap.

Tag: “No, these people are talking to me like they know me and I don’t like it. Take me to the car. We’re going home.”

Tag: “Does ‘here’ mean your lap? Because that’s where I’m staying.”

Me: “You are awfully cute.”

What can I say? It was love. Tag took one whiff of me and decided I was The One and I can’t really blame him. It’s not because I have some winning personality. Believe me, it’s not. I think it’s because I smell like distraction and dogs that get on furniture. At that point in his life, he might not have known what Beggin’ Strips were, but he knew a sucker when he saw one.

Haha. Yeah, you’d think. Our attempts at obedience training went something like this:

You’d think he was stupid the way he behaves, but the dog has learned to open my lower kitchen cabinets (to help himself to Beggin’ Strips), has climbed up a ladder to follow BG, and opens my underwear drawer by grabbing the handle with his teeth. To date, I have lost six sports bras, two pairs of flip flops, four pairs of shoes, and my sanity.

Luckily, I’m spreading the love around though. Turbo came down with a bladder infection so off we jetted to the vet and, because Tag must never, ever be left unsupervised, he came too.

Normal shenanigans ensued when the vet tech couldn’t get Turbo to pee in the cup. Apparently, my old girl was running around in circles, making the tech look like she was flying a particularly hairy black kite, so they asked me to come out and get the sample.

Me: “No problem, but you’ll have to watch Tag for me. You have lever-handled doors and he knows how to open those.”

Tech: “Ma’am, he’ll be fine. Please go help Allison. Your dog is making her re-think her future as a vet.”

I started to argue with the woman, but I was more worried about Turbo so I went out, did the deed, and came back to sheer chaos. In the, maybe, five minutes I was gone, Tag had opened the door (he jumps up, leans on the handle so it depresses, and then pushes himself to freedom) and was running through the operating theater.

It took ten minutes and a bag of chicken liver dog biscuits before we could lure him back to the patient room. Amazing how quickly they got me out after that. I’ve never had such speedy service.

“Wow,” I announced to the sobbing vet tech. “That went better than I thought it would. I think I’m getting really good at this. Imagine what it’ll be like if I have kids!”

I am disappointed to report that I only made her cry harder.